Sometime in the late 1990’s, Dan Patitucci and Janine Patitucci’s VW van clattered to a halt at the Supercrack parking lot in Indian Creek.

While the engine was shot, their home on wheels was well stocked with food and water that would support a lengthy stay before calling in for a tow. Finally, while waiting for a pickup, they went for a run in lightly falling snow, a camera tucked into the pack, as usual.

A few months later, an image from that morning would land in Patagonia’s catalog, help pay for repairs, and inspire a career focused on trail running photography.

Twenty years later, they are based in Interlaken, Switzerland, living a life carefully crafted to not be too different from the old days in the van. They run trails in the Alps, Sierra, Himalaya, and everywhere in between.

As athletes, Dan and Janine each have a thorough understanding, high level of technical skill, and passion for the subjects they photograph. The team’s commercial and editorial work has appeared around the world for countless ad campaigns, magazine stories and communication for the outdoor industry’s leading brands. They also manage their own stock of mountain sport, adventure and travel images from more than two decades of work.

In 2015, they created ALPSinsight, a website dedicated to communicating the Alp’s mountain- sport experiences through photography, stories and tips. With ALPSinsight they could create an outlet to publish their own content while providing the online resource for climbing, hiking, ski touring, cycling and, of course, trail running.

Kim Strom joined the team in 2016, adding her energy and skills as an athlete, photographer, writer, designer and model. Since then, the three launched Elevation: The Alps Trail & Peak Running Resource, a curated collection of the very best trail and mountain runs in the Alps, following the publication of the Run the Alps Switzerland guidebook. With these print and online guides, the team established themselves as trail running specialists in the Alps.

Next up, the concept and creation of the Via Valais, a multi-stage tour designed specifically for runners. As they considered the new route, they saw that trail runners do not have their own Grand Tour. Hikers have all kinds of long trails, including the Tour du Mont Blanc (TMB), and both skiers and hikers have their Haute Routes, which connect Chamonix and Zermatt. Like the Haute Route, they also wanted the runner’s tour to end in Zermatt. And the start? Verbier was a logical place allowing access to some of the best trails through the Valais region of western

Switzerland. What they didn’t want was to be on the Haute Route. The Via Valais needed to be its own line and take advantage of a runner’s ability to cover more ground to access the best possible trails.

In 2018, after four recon missions to finalize the connections, they found the line that will keep runners running for nine breathtaking stages. Following the success of the Via Valais, the team started the process of designing a more introductory route in eastern Switzerland’s Graubünden region. Finding new ways and making connections, the pieces came together for a first run in 2021. The Via Grischuna winds from Davos-Klosters to St. Moritz, again bookending the tour with two well-known Swiss mountain towns and plenty of singletrack kilometers in between. Into the Route gives a peek into the inner workings of the team, a weird little family. Into the frustrations and rewards of producing creative work in the mountains while forging a unique path that inspires others to seek out challenging experiences.

As this film is released, the team is finishing Sierra Trail Runs: A Guide to the Eastside. Parked at trailheads in a Transit van with a grey cat and nightly tacos somewhere in the Sierra. Still running. 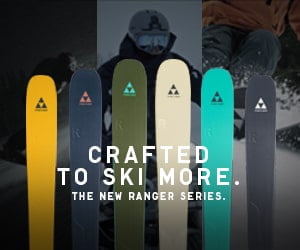