After Ski Jumping, Laurent Muhlethaler was in the lead on the HS108 in Tschagguns (AUT).

In sunny conditions the French jumped 102 meters and collected a total of 118.6 pts, which brought him the victory in the Montafon Nordic Sports Center.
Therefore, he was the first one to start into the 10 km rollerski race in Partenen (AUT) this afternoon.

Rank 2 after jumping went to Stefan Rettenegger from Austria, who also landed at 102 meters (117.4 pts) and went into the course only 5 seconds after Muhlethaler.

Eero Hirvonen reached the furthest distance of the day with 106 meters (116.4 pts) and placed third, with a 9 second distance to the leader.

The performance of Ukrainian Dmytro Mazurchuk deserves a special mention. Like French Gael Blondeau, he showed the second longest jump of 103 meters (111.1 pts) and started the race 30 seconds after Muhlethaler.

Already during the first lap, a leading trio formed and sticked together for the entire race.
Meanwhile, the pursuers group of six athletes tried to close the gap to the leaders, but was still 23.7 seconds behind after 5 km.
Hirvonen managed to pull away during the last lap at the Partenen round course and reached the finish line 3.8 seconds ahead of Stefan Rettenegger and Laurent Muhlethaler (+6.3 sec), who secured his first Grand Prix podium.

For Ilkka Herola a 15th rank (+1:02 min) was enough to defend his lead in the Summer Grand Prix standings and secured the overall victory ahead of Austrias Franz-Josef Rehrl (1:02 min, 20th place).

With another eventful competition the FIS Nordic Combined Summer Grand Prix 2022 came to an end and keeps all fans excited for the upcoming World Cup season. 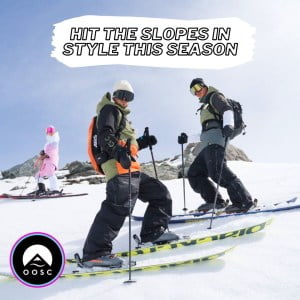