The new agreement continues a long-standing partnership with the French manufacturer of alpine, snowboard, and nordic equipment and apparel until 2025.

The partnership extension follows the recent announcement that Snowsport England has also secured a three-year contract with Bormio Ski to keep the English Alpine Championships in the Italian resort.

Rossignol will sponsor the FIS races during the English Alpine Championships as well as the U14 and U16 races, which from 2023 will be separate for the two age groups in all disciplines, after an extended programme of events was agreed.

In addition, Rossignol will provide a sponsorship package for the U16 male and female winners at the English Alpine Championships, creating an exciting opportunity for racers competing in Bormio.

Rossignol will also support the popular Night Parallel Slalom, which returns from next year as a team relay, making it even more exciting for both racers and spectators.  Drinks and nibbles will be provided on the evening.

In resort, the French manufacturer will run a ski test for both athletes and parents throughout the Championships, giving spectators and racers a chance to try out the very latest equipment and talk directly to the UK team.

Rossignol UK Marketing Director, Rob Birrell, said: “We’re thrilled to agree a new sponsorship deal with Snowsport England, extending our long-term support into other key UK events.  We consider Bormio to be one of the premier UK races and can’t wait to be back on the slopes meeting athletes and parents.”

“It is great to agree a new three-year deal with them and continue this partnership.  I look forward to seeing them back on the slopes in Bormio.” 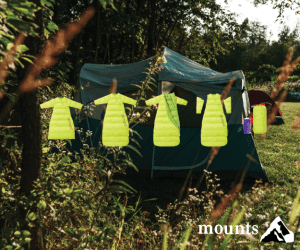